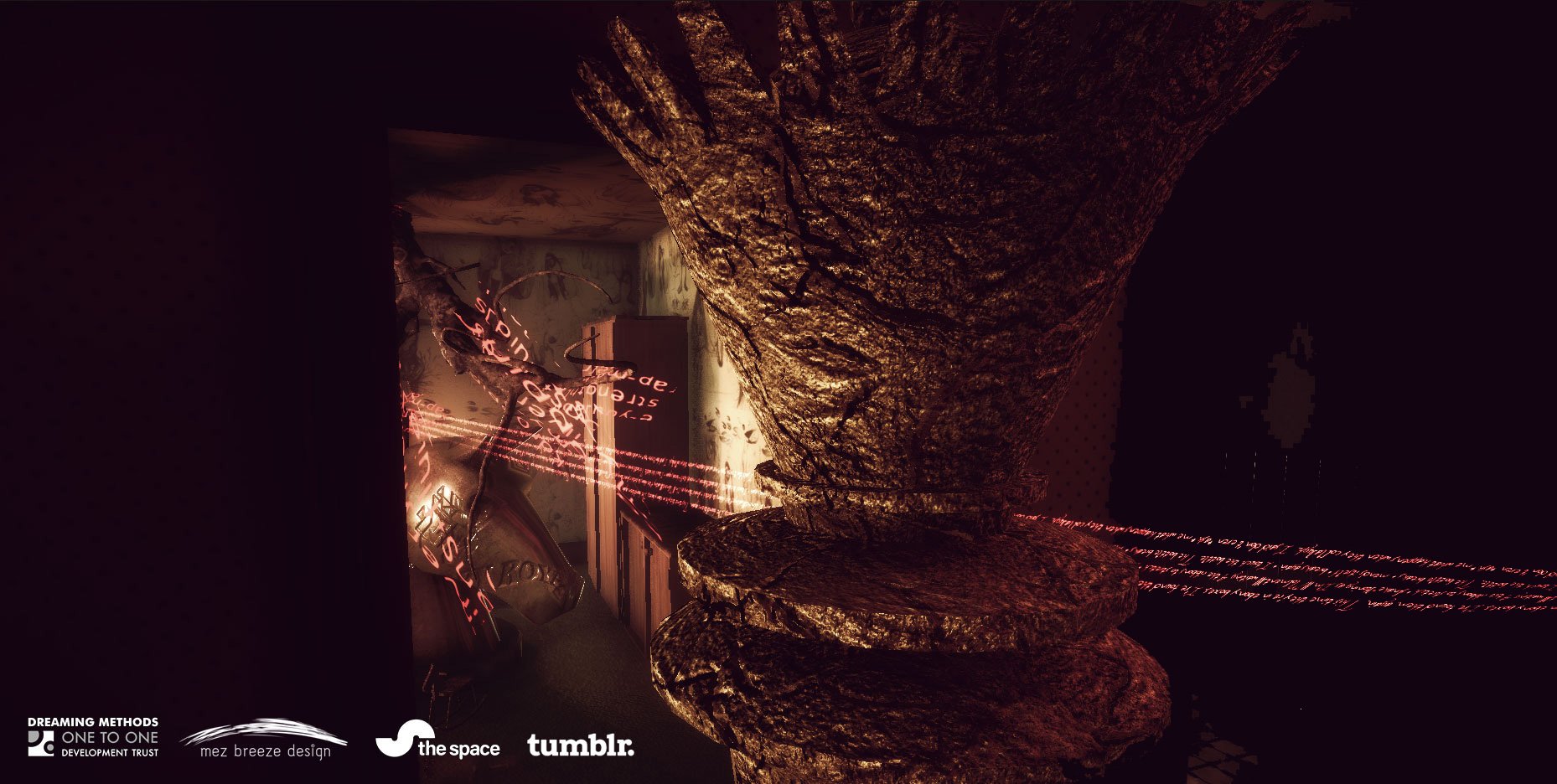 One of the most exciting aspects of creating work digitally is the potential for accidents to happen – for things to go wonderfully wrong – and for those accidents to turn into something mind-bogglingly, unexpectedly cool. Or just downright useful. We’ve had more than a few such incidents whilst creating #DelicateDuplicates.

Back in the late 1990s, for my sins, I spent a short stint at art college. My tutor there didn’t believe that accidents could even happen digitally; that such things were only possible through the loose, splattery form of natural media. How could you possibly make anything go wrong on a computer? That was surely the opposite of what computers were about: accuracy, calculations, pre-empting stuff. ðŸ™‚

Many of All The Delicate Duplicates‘Â visual effects have been the result of extreme experimentation or the accidental cranking of script componentÂ parametersÂ to ridiculous proportions.

For example, Mo’s Universe – the bizarre wilderness seen in many #DelicateDuplicates screenshots – uses a staggeringly powerful terrain tool called RTP3 to overlay a range of different materials over the same enormous surface with the addition of powerful extras such as perlin noise and vertical texturing.Â RTP3’s parallax effect (probably generally intended to be used fairly subtly) is pushed to extremes to make the surface across which the player/reader walks appear to be made of a dream-like liquid.

For #Delicate Duplicates,Â perfectly fitting.Â Intentional? Not really – the effect was discovered entirely by accident; a slip of the mouse whilst setting other values. Here’s what it looks like up close in an early environment demo:

Similarly, “the Queen” – a huge chess piece that makes an eerie appearance in the later parts of the work – gained a bizarre and unintentional life of her own through the use of various mashed-up scripts. She hones in on you during gameplay like some kind of hideous Dalek – even though the script, logically, says she shouldn’t. ItÂ wasn’t planned, and we’re not 100% sure why it happens, but it certainly works narratively and artistically (or, we think so!), so we’ve ringfenced the code and left it “as is” for the moment. ðŸ™‚