All The Delicate DuplicatesÂ (previously known as Pluto) is work of short fiction told partly through an immersive 3D gameworld. In this world, you – the player/reader – will find yourself frequently fluctuating between several time zones, during which the protagonist’s house varies in terms of narrative clues, content, clutter, mood and appearance.Â We’re currently busily-building these environments [including the kitchen, livingroom, bedroom, loft, and other spoiler-alerting spaces] to suit those time snaps.

While we’ve been working through the various states and phases of All The Delicate Duplicates’ internal room building, we’ve put together a short video of how we’re actually doing it. Press play above to view the video [which includes a superfab soundtrack by our audio artist, Chris Joseph]. Rest assured this video has been speeded up about 10 times – we don’t actually work that fast in real life [if only!!]. ðŸ™‚

Feel free to also check out these gameworld screenshots of the same room at different times [tap to enlarge]: 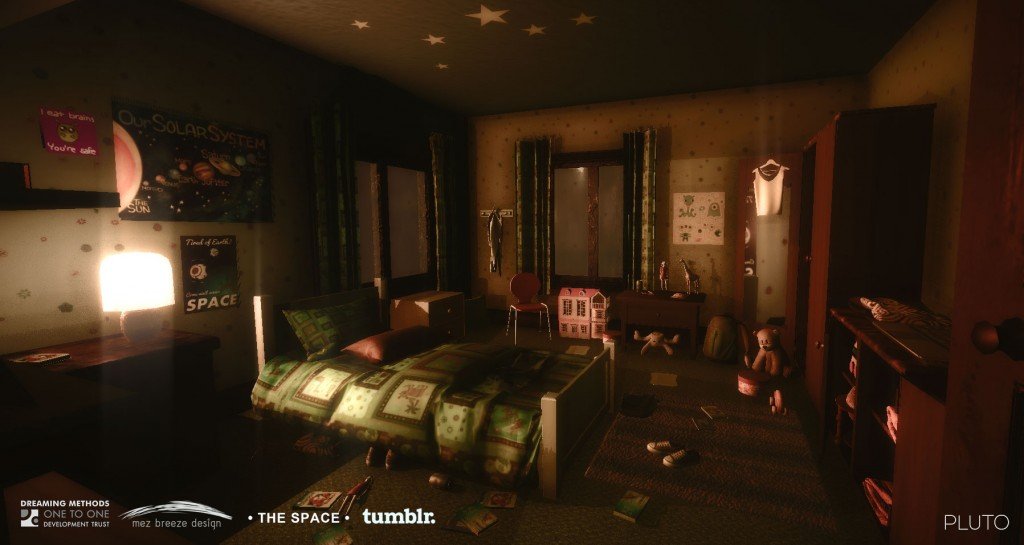 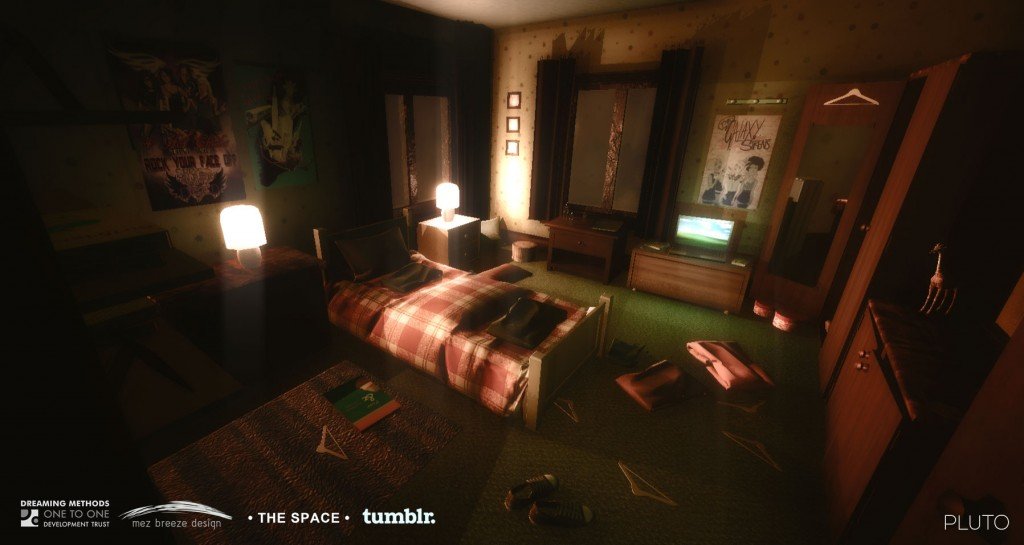 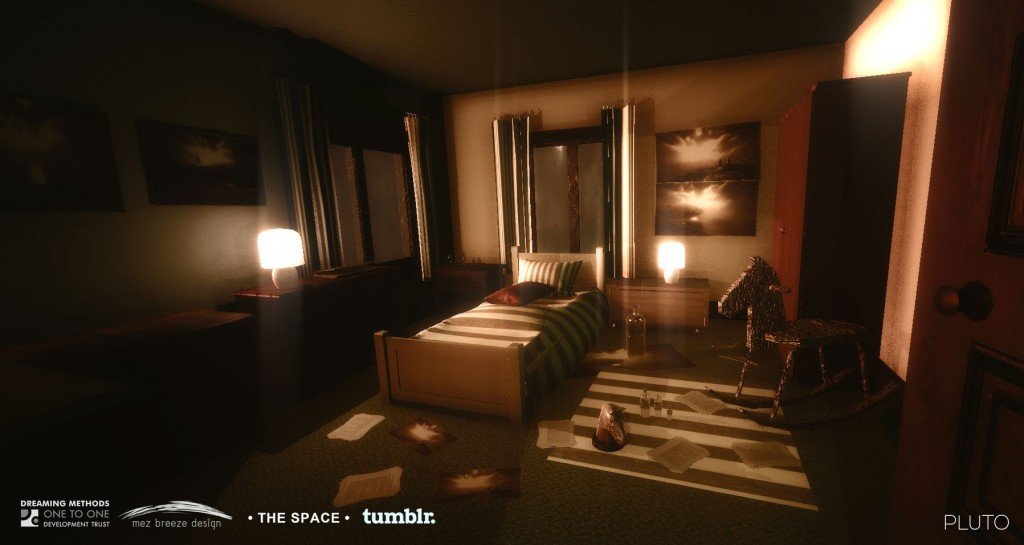